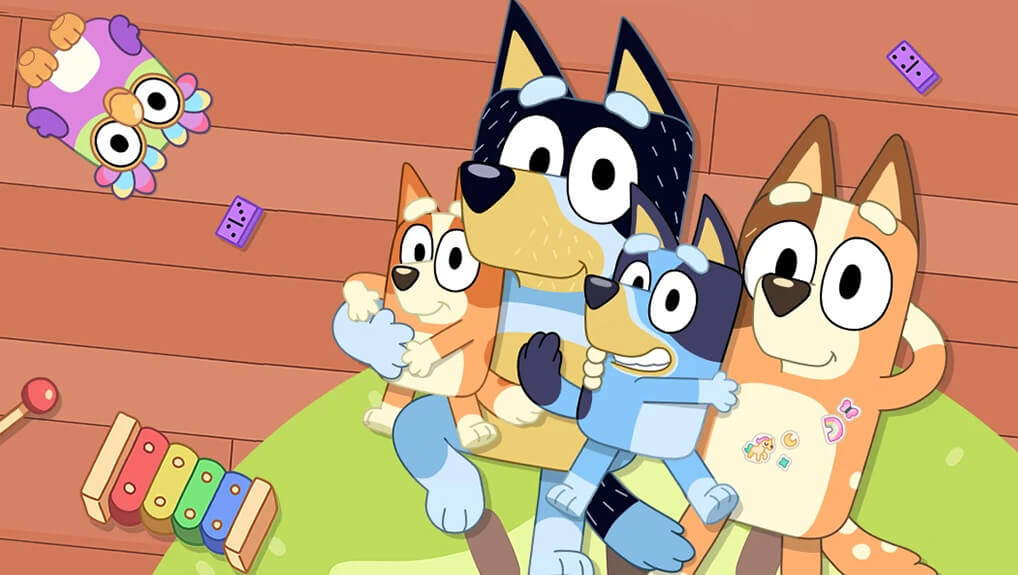 It’s time to get up close and personal with the much-adored Queensland Heeler family who will be coming to a theatre near you with Bluey’s Big Play – The Stage Show.

The number one kids’ show on Australian TV is touring to over 50 theatres across Australia from May 2020, with its world premiere at Queensland Performing Arts Centre (QPAC). See www.blueylive.com.au for full tour dates.

See Bluey, Bingo, Mum and Dad as you’ve never seen them before... Join The Heelers in their first live theatre show created just for you with puppetry, live actors and iconic Australian sets. It’s a little bit different and a little bit beautiful.

Bluey’s Big Play is an original story written by Bluey’s creator Joe Brumm with new music created by Brisbane's Beethoven and Bluey composer, Joff Bush. This is an experience you can only take home with you in your memory so please remember to bring that along with your tickets.

Bluey’s Big Play is presented by BBC Studios and Andrew Kay in association with QPAC's Out Of The Box and Windmill Theatre Co.

The show’s director, Rosemary Myers said, “Like the rest of Australia, we love Bluey and it’s a thrill and a privilege to bring these brilliant characters into the three dimensional world.”

Bluey is the #1 program on ABC iview ever. Since its launch in October 2018 Bluey has had over 200 million program plays*.

Bluey also won a Logie for 'Most Outstanding Children’s Program' in 2019 and is nominated for an International Emmy Kids Award. Last year, BBC Studios announced a partnership with Disney which will see the first two series rolling out across the world (excluding Australia, New Zealand and Greater China including Hong Kong, Macau and Taiwan). The series is now airing in the US, Canada UK, New Zealand and Greater China.