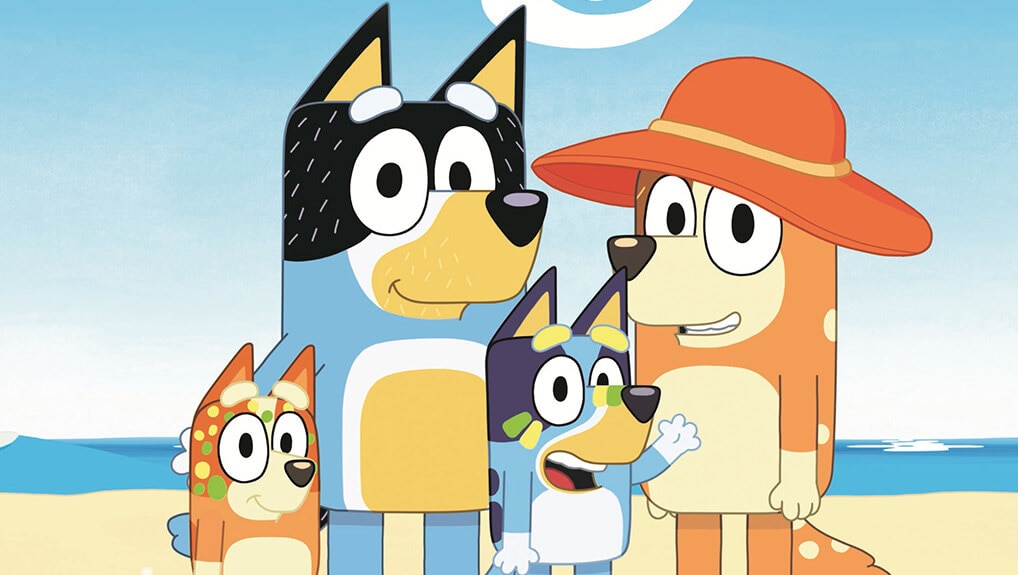 With phenomenal sales in just seven months since the publication of the first Bluey books, PRH announced today that Bluey book sales have reached one million copies across the series.

The first three Bluey titles, which launched in November 2019, were the second-, third- and fourth-highest selling Australian children’s books in 2019.

In May, Bluey: The Beach was awarded the 2020 ABIA Book of the Year, the first time ever in the history of the ABIAs that a children’s picture book has won this prestigious award. The book spent four weeks at #1, 19 weeks in the top 10 and 30 weeks in the Top 25 on Bookscan.

There is no stopping Bluey! The second half of 2020 will bring more Bluey fun with another six titles to be published before Christmas, including a special book for Father’s Day, Bluey: My Dad is Awesome (August). Other titles include: Bluey: Fun and Games, A Colouring Book (August); Bluey: Grannies (September); Bluey: Let’s Play Outside! A Magnet Book (October); Bluey: Hooray, It’s Christmas! A Sticker Activity Book and Bluey: Verandah Santa (November).

Bluey has been a phenomenal success since debuting on ABC KIDS and iview in October 2018, amassing legions of dedicated fans and hugely popular ranges of books, toys, clothes, games and more. It holds the coveted position of being the most watched program ever on ABC iview, with over 261 million plays for Series One, with Series Two already amassing 43 million plays since launching in March 2020*, and is the winner of an International Emmy Kids Award.